We’ve all had “problem clients”… the guy that thinks scope creep is natural and acceptable, the gal that approves everything at every step of the project, until it’s time to pay the final invoice, then suddenly discovers that the color that she specified and approved just “isn’t right”. Sometimes they just lie to us… they profess complete innocence regarding the 20,000 garbage links that magically appeared or they didn’t mention, because they “didn’t think it was important”, that they had three previous manual actions against their site.

Once in a while, we may even find ourselves dealing with a client that tries to bully us, demanding far more than what the scope of our service includes. They threaten and cajole, then apologize and promise it’ll never happen again… and promptly repeat the behavior.

When we encounter this sort of client, our blood pressure rises, our motivation falters and we sometimes find ourselves daydreaming about firing them. This isn’t what we signed on for – we shouldn’t have to put up with this – there are plenty of other clients to be had… we tell ourselves all sorts of things to vent our anger or frustration. And sometimes, we vent to the client.

That’s not always a bad thing. Some things need to be said. But how we say them can make a world of difference in how effective it is. 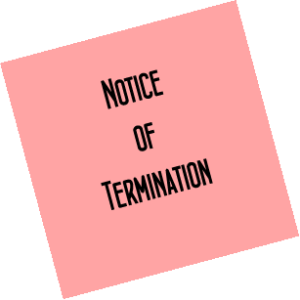 If you’ve been dealing with clients for a while, you’ve undoubtedly encountered one or two that behaved in a less than professional manner. How to best deal with that depends on a slew of factors. At the end of the day, how you decide to handle a situation can easily alter things from a reflection of their professionalism to one of yours.

I think the first thing to consider is whether your client can be reasonably expected to know how to behave professionally. The owner of a small blog may not see anything wrong with snagging images from a Google image search for their posts, but the marketing director for a large enterprise certainly should know better.

With that blogger, it may be simply a case of not knowing any better, in which case, as consultants, it’s our responsibility to educate and inform – in other words, protect them from themselves. That Fortune 1000 MD, though? His education should have taken place long ago… so I probably wouldn’t waste my time trying to inform him… I’d just put him on notice that I won’t associate myself with that sort of thing and let the cards fall where they may. I’ve fired a client for this in the past and would again.

The same sort of comparison can be drawn for clients that want to buy links, send out spam emails, scrape content, or a number of other techniques that might get them (or even you) in trouble. Some people should be expected to know better, but not everyone. Our response should probably be tempered by whether the client knows better but doesn’t care, or honestly doesn’t realize the ramifications.

This has a lot less gray area, because most of us have a pretty good notion of right and wrong. Things like sabotage, negative SEO, slander, and plagiarism can hardly be chalked up to innocence or ignorance. If a client is following this path, you may decide you just want to move on. Few of us would do so without making our reason known, though.

How strongly you state your reasons or what follow-up, if any, you employ, will depend on a number of factors. Some of us don’t believe in burning bridges… others of us tend to favor a scorched earth policy. Whichever way you lean, think things through before taking any action.

I’ve seen clients make arguments that any two-year-old could see the fallacy of, yet they seemed to be convinced that theirs was the only logical point of view. One client even chose to ignore the presence of a clause in the contract that specifically excluded a particular item, claiming that since he needed that item for the project to be complete, I should have to provide it. He actually read that clause back to me from his copy of the contract, while claiming that it shouldn’t have been excluded. The fact that we had discussed that exclusion and that he had signed the contract didn’t affect his opinion a bit.

Situations like that are frustrating, to say the least. Sometimes they’re based on an honest misunderstanding, sometimes the misunderstanding is affected. Ideally, we manage to work things out without losing the client. But not always.

I tend to be fairly pragmatic when it comes to deciding whether it’s time to question the relationship with a client. For me, it boils down to mutual value. If I don’t think my services will prove worthwhile to a client (whether because of my actions or theirs), it’s time for a change. By the same token, if the client is so high-maintenance that my net hourly rate won’t cover the cost of a snack-size candy bar, something has to give.

Whether the necessary changes involve a frank discussion or a termination of the relationship will depend on the seriousness of the issue, the client’s attitude and our own. Some clients will readily change their demeanor when presented with a logical argument – others will stubbornly resist even the clearest of facts. As consultants, it’s to our advantage and theirs for us to be as dispassionate as possible and make it purely a business decision.

When faced with a “cut ’em loose or keep ’em” decision, here are some questions to ask yourself that might help: