We’ve all had clients that try our patience – different personalities, cultural differences, an unwillingness to listen to our advice… these are normal issues that professional consultants have to deal with. But sometimes, a client relationship can become a liability. That’s when we have to take a tough look at the situation and decide what, if anything, can be done to salvage it.

Like a marriage, a client relationship involves a number of aspects that determine how successful the union will be. Let’s examine some of the extreme similarities, and compare how our reactions might or might not differ. 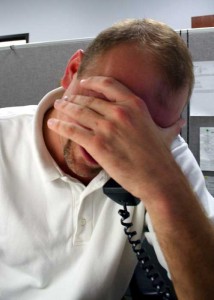 Granted, some of the comparisons may seem less than perfect parallels. But the effects on the relationship are quite similar. The extent to which we may feel the relationship is worth continuing may also be similar.

Some of us may have a very clear definition of acceptable limits, while others don’t. Some of us may be more forgiving or less tolerant, while others are authoritarian with our client or allow them to take advantage of us. Typically, with more experience (particularly bad experiences), we tend to begin defining our boundaries. Few of us can say we’ve never experienced at least one of the scenarios above. Most, however, won’t allow themselves to suffer the same situation twice.

We can protect ourselves beforehand, to a great degree, by thinking about such circumstances objectively and deciding upon our boundaries before we face them. Even better, we can often clearly define those boundaries with the client. That will often prevent an issue from arising, and will certainly make it easier to enforce our standards with fewer hard feelings.

At the end of the day, any relationship that is unproductive, unprofitable or unhealthy is one we wouldn’t seek out… so why should we continue it once it crosses the line? We should either repair it or end it, and go on with our business.